Nancy Bishop, CSA, is teaching her annual casting workshop during the Berlinale 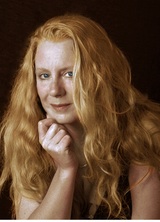 In this workshop, actors will have the opportunity to collaborate with top European and American castings directors. Ideal for actors who wish to improve auditioning skills in English and make valuable connections for international work. Actors will be assigned scenes to prepare in advance. Nancy Bishop  (US/Prague) will coach the scenes, with her proven technique, outlined in her book, Secrets from the Casting Couch. Subsequently, the scenes will be taped and critiqued by Luci Lenox, Casting Director based in Barcelona.

Nancy Bishop, CSA, has cast more than seventy films from her base in Prague ranging from large scale studio pictures, such as Mission Impossible IV, Prince Caspian, Bourne Identity, to independent films such as The Illusionist. She just finished work on Child 44, starring Tom Hardy and Gary Oldman. She was nominated for an Emmy Award for her work on Anne Frank the Whole Story. She is also a top ranked acting coach and teacher, and her workshops are in demand internationally from Rio de Janeiro to Istanbul. She founded the Acting for Film Program at The Prague Film School, and penned the best-selling book, Secrets from the Casting Couch.

Luci Lenox, specializes in casting international co-productions shooting in Barcelona, Spain and the UK as well as first time filmmakers. Casting credits include: Perfume directed by Tom Tykwer, Woody Allen’s Vicky, Cristina, Barcelona, Mabrouk el Mechri’s Cold Light of Day and The Dictator by Larry Charles.  She has worked for some of the world’s leading production companies including Constantine, Filmax, MediaPro, Disney, Summit, Intrepid, and Kanzaman. Current projects include a Catalan-Indian co-production, Traces of Sandalwood, a French-Spanish co-production, Don’t Grow Up and the German production, 1258. She runs workshops for actors on a regular basis in Spain and the UK and is a teacher on ESCAC’s master programme for directors and producers.

US-based Casting Director Lana Veenker‘s recent projects include 30+ roles for Jean-Marc Vallée’s Wild, starring Reese Witherspoon, NBC’s Grimm, now in its third season, and 64 episodes of TNT’s Leverage. Gus Van Sant, Robert Benton, Guillermo Arriaga, Catherine Hardwicke and Tim Robbins figure among past film clients. Lana is a member of the Casting Society of America and the International Casting Directors Network. She frequently lectures and teaches across the U.S. and abroad, most recently at the Finnish Actors’ Union in Helsinki, The Actors Platform in London, The Acting Studio in Berlin, Studio Bleu in Paris and Prague Film School. She writes for Backstage and can be found on Twitter at @lanaveenker.

Directions: U2 + U7 Bismarckstrasse or U2 Sophie-Charlotte-Platz

The workshop is limited to 16 actors and we anticipate the workshop to fill up quickly so please register soon.  Please contact Joel Kirby (in English or German) with a current CV and headshot at: joel@nancybishopcasting.com